Shaun describes himself as a “nonconformist”, with an “anything can be achieved outlook”.

Founder and former owner of Sumo UK, Shaun has over 30 years experience of designing innovative class-leading products, always preferring to find an alternative solution wherever possible. Copying isn’t his thing.

Over the years Shaun has achieved many things and has also received several accolades. In 2011, Shaun was awarded the prestigious RASE (Royal Agricultural Society of England) Roland Burke Trophy for making significant contributions over a number of years to the development of mechanisation in agriculture. Further to this, in 2013, he was the winner of the IArgE (Institute of Agricultural Engineers) Michael Dwyer Memorial Prize, which is presented to a mid-career engineer who has made outstanding progress in the agricultural engineering industry. 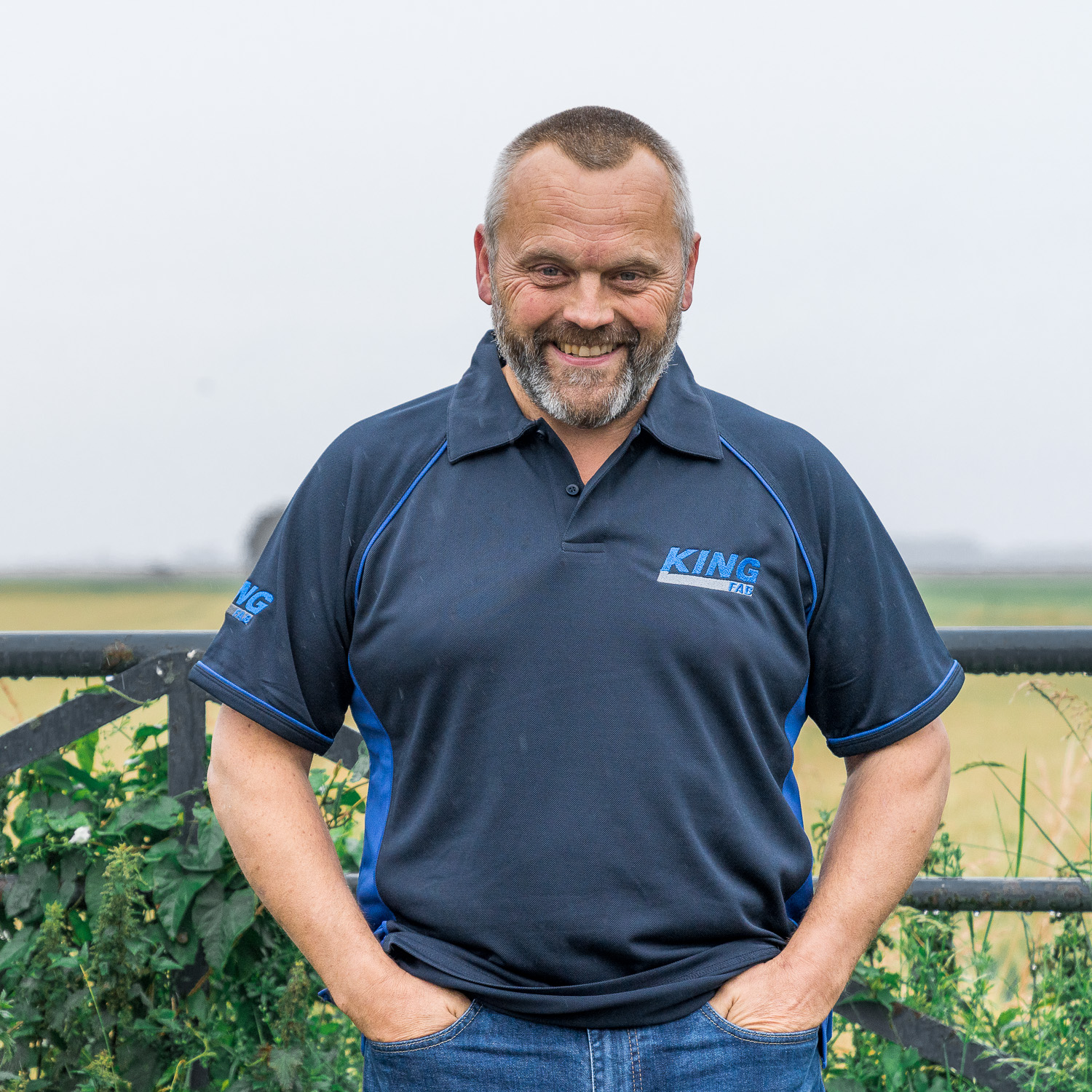 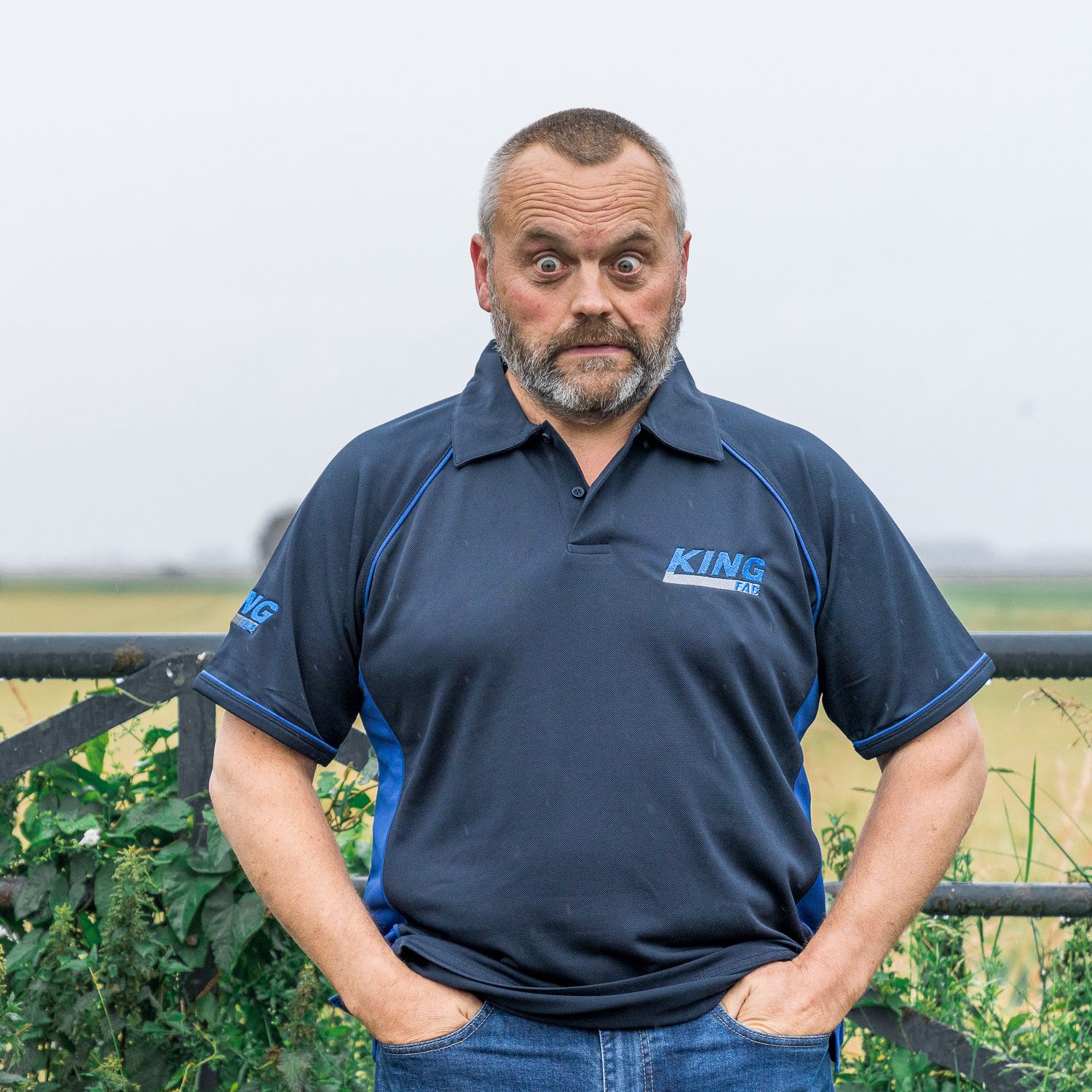 Engineering was and still is his passion, encouraged by his father who was a farm manager, allowed free reign in the farm workshop, possibly the only primary school child to have time off due to a self-induced welding flash! Following school Shaun took an agricultural engineering course at Caythorpe College, Lincolnshire, where he acquired the nickname, Sumo.

In June 1991 following short stints working in various companies Shaun started SW Agriservices, buying a van and started a mobile repair service for tractors and machinery. As well as the repair business, Shaun also began to build and market new machinery, starting with the Sumo front-mounted press in 1992.

Starting around this time were long standing working relationships with well-known firms such as Lynx Engineering, KRM, Vaderstad, Grimme and Kverneland, all keen to utilise Shaun’s design flair.

In the early 2000s Shaun took the decision to expand the Sumo range, firstly with Front linkages and a Subsoiler range. In early 2002 the iconic Trio was invented, going on to be a market leading product, creating a trend that the big names were forced to follow. During the move to bigger premises in 2009 the company changed its name to Sumo UK, furthering the brand, but keeping the ‘being different’ philosophy.

As well as numerous new machines in the Sumo range another notable milestone was the 2011 expansion into the drill market. Following the initial work in the mid 2000s Shaun and his team resurrected the DTS drill concept, this time pushing it to market, again showing the ‘always trying to do things differently’ approach.

The Front Sumo is a machine that revolutionised the way in which soil was packed. It offered a very different way of packing the soil between the tractor wheels to present it better for a power harrow drill combination. Everything up to then had been cast ring presses and Shaun wanted to do something different. It went on to sell very well and can still be seen in use across the UK.

The Trio was another revolutionary piece of machinery, as at the time (early 2000s) most land was still ploughed and what wasn’t ploughed was worked with massive cultivators needing large, powerful tractors. Shaun wanted to make a machine that could do the same or a similar job which any average tractor could pull. The Trio went on to sell extraordinarily well all over the world with in excess of 2500 sold.

The DTS (or Deep Tillage Seeder) was revolutionary on its launch and has remained popular with farms, able to utilise the benefits of strip tillage with the versatility to be equally effective in plough-based and minimal tillage systems. The popularity of direct drilling was soaring and Shaun saw a gap in the market for a time-and-cost-saving machine which delivers year after year for farmers. The DTS was the result.

After starting, building and selling Sumo UK, Shaun is now doing what he enjoys most, designing products that others struggle with. To Shaun, this is the best job in the world.

After reading about Shaun’s professional history you may think he can’t have much spare time for any personal interests and hobbies. Unsurprisingly, he is as driven and successful with his hobbies as well. Outside of work, a keen quad racer, Shaun won the WOR Enduro Winter and Summer Series Championships in 2018, followed by the Dragon Quad Racing/MCF British Championship in 2019.

Alongside this Shaun simply enjoys being hands-on, involving himself with anything mechanical and undertaking house renovations and any DIY tasks.

Got a project in mind?

Send the project details to Shaun today and he’ll let you know straight away if he can help.

Contact Shaun Today
We use cookies to ensure that we give you the best experience on our website. If you continue to use this site we will assume that you are happy with it.Ok